All Collections
Analytics
Subscriptions
How does Braavo calculate MRR?

How does Braavo calculate MRR?

Written by Graham Gnall
Updated over a week ago

MRR is critical in forecasting future revenue from your subscriber base. It indicates trends in subscription patterns before they can be seen in revenue data.

MRR is the total revenue from active subscriptions normalized to a standard one-month period according to each subscription’s duration. It is distinct from monthly subscription revenue, which is just the amount of total revenue earned during a month. Braavo uses a 30 day period 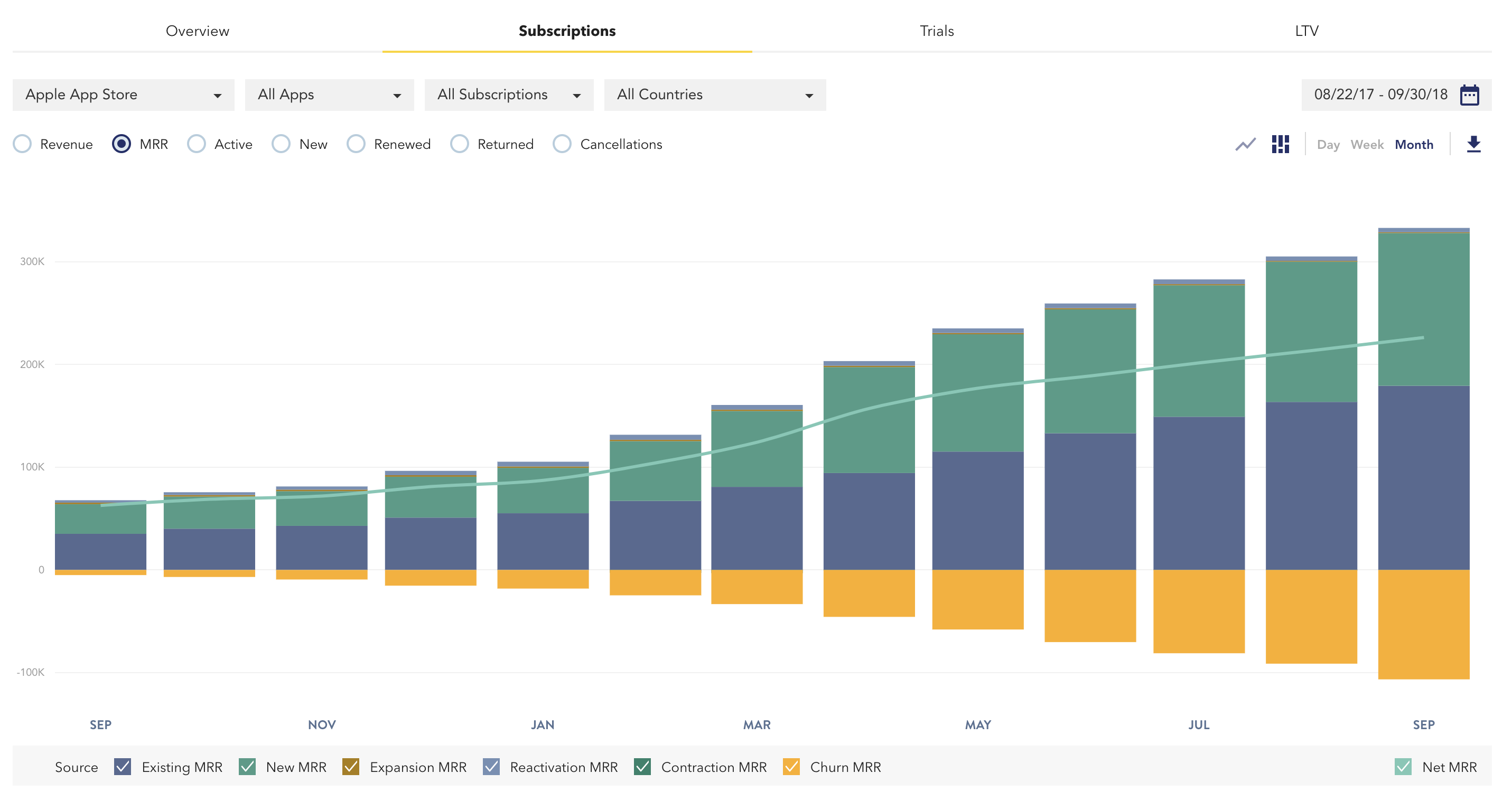 MRR consists of the following parts. All categories are based on paying subscribers (after 1st payment and beyond) and exclude trial subscribers.

Net MRR - is the final sum of each MRR category. If this figure increases, you are increasing the value of your subscriber base. Using the different category types you can tell if trends are based on changes in: volume of new users, retention/churn patterns, or subscription pricing/duration.

*Google Play does not differentiate cancellations for trial and paying users. As a result, we are unable to calculate Churned MRR for Google Play. 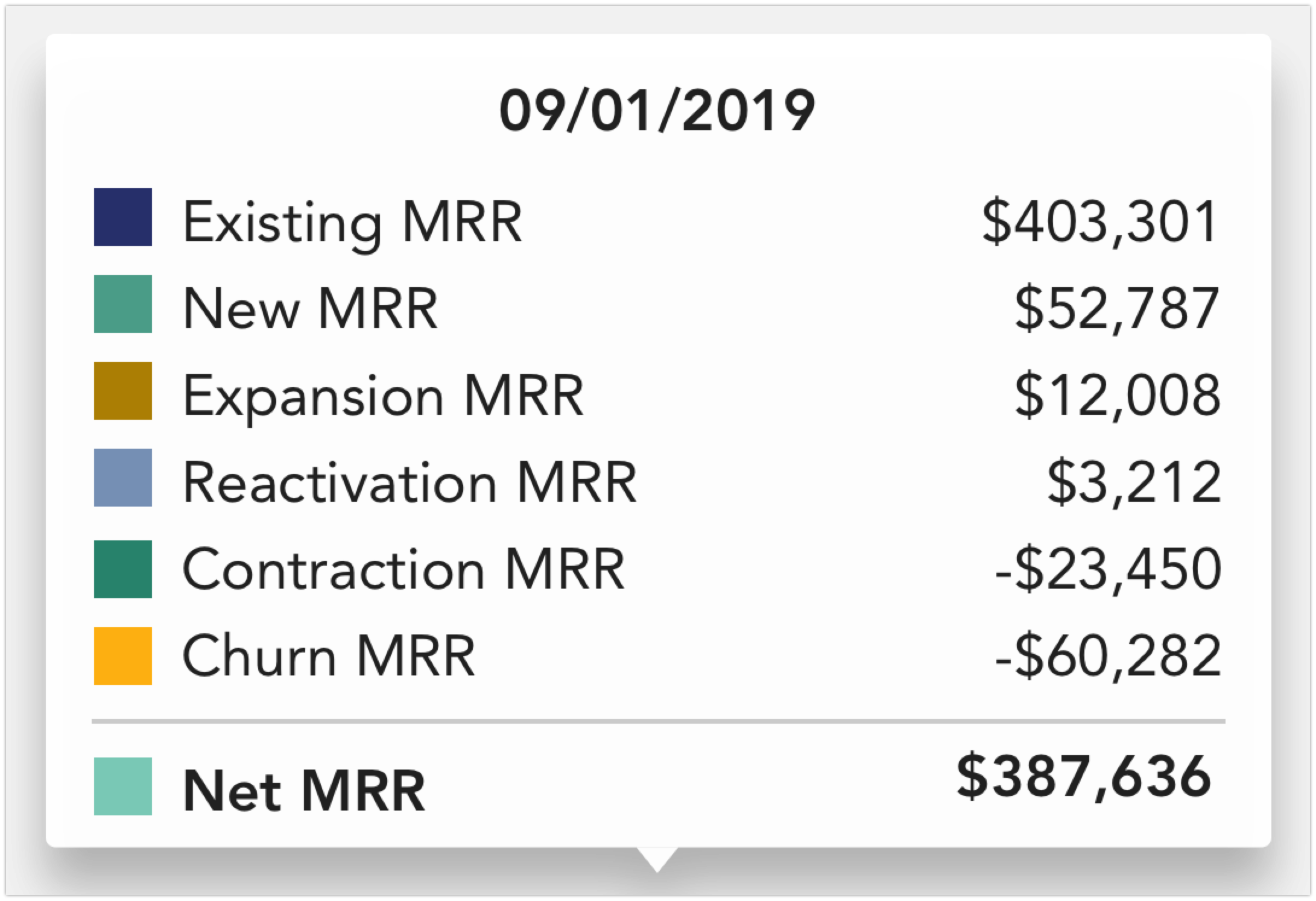 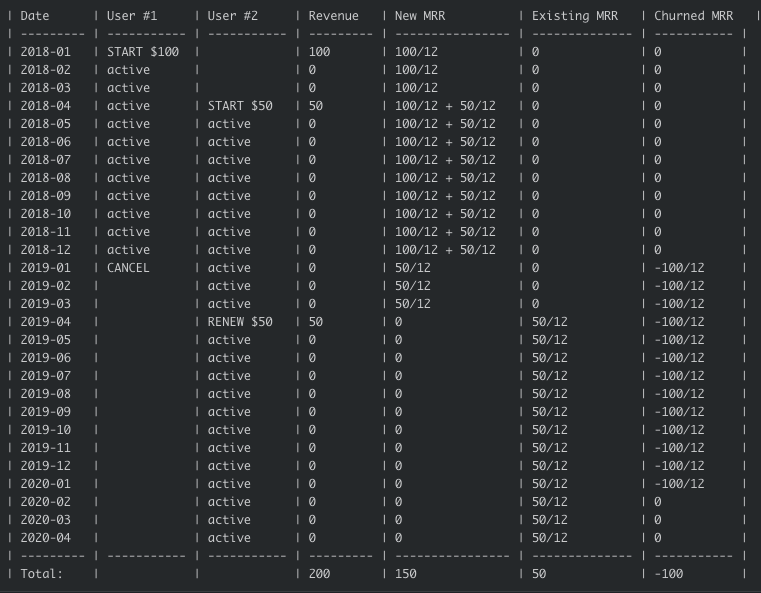 There are a few interesting ways to view data in your MRR report.

Revenue only
By looking at positive MRR categories only, you can see all of your subscription revenue normalized to a month. This is helpful for showing business growth. Here revenue is growing = good! 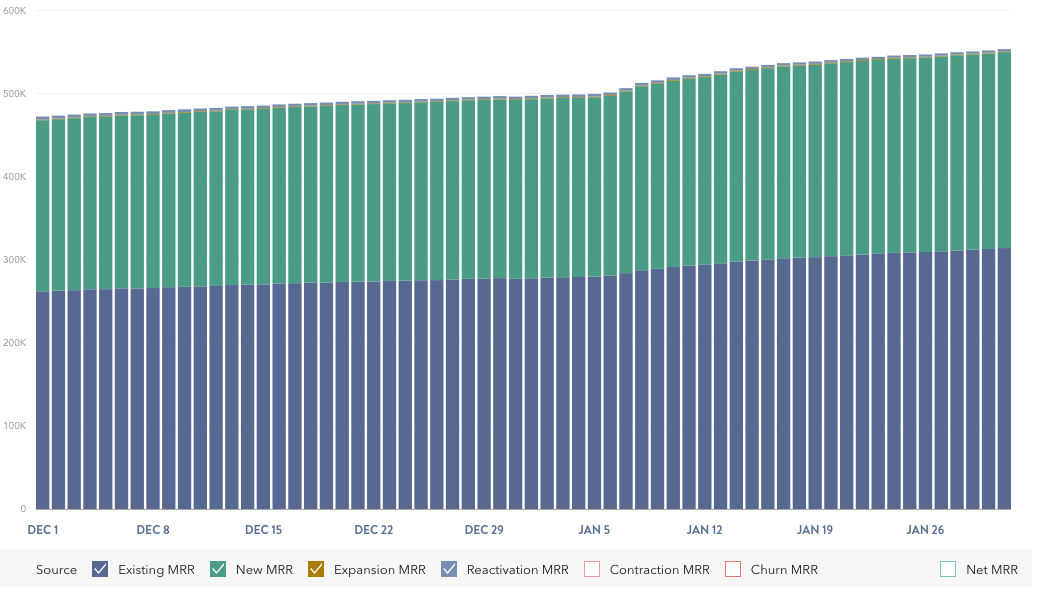 Net MRR
A better way to view MRR trends is Net MRR, which compares the growth of new and existing revenue vs. lost revenue from cancellations and downgrades. In this view you can predict whether your subscription revenue will increase or decrease in the future. If churn MRR is growing at a consistent rate with positive MRR, you will see revenue increase but Net MRR remain unchanged. This allows you to see patterns in acquisition and renewal rates, and highlight where you need to focus to grow your business.

In this case Net MRR is growing slightly = even better! 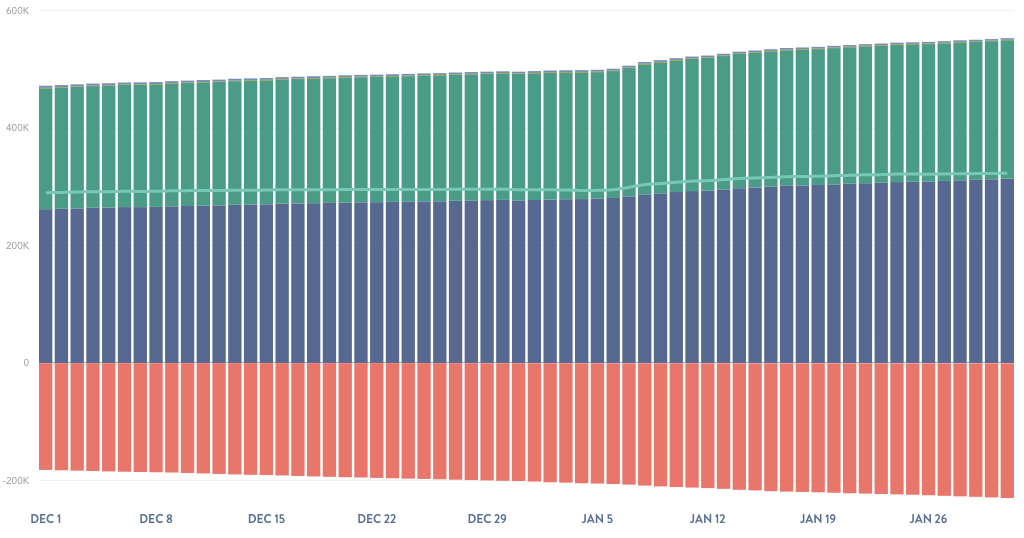 Net New MRR
Taking this a step further, you can compare just New MRR vs. Churned MRR. This gives you a more focused look on whether you are acquiring new subscription revenue faster than you are losing it. In an ideal case, your app's New MRR is outpacing its Churned MRR. Easier said than done!

Did this answer your question?